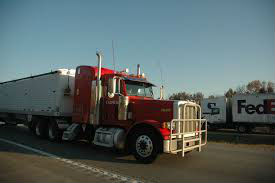 In Katy, Texas, along with other Houston metro area locations, damage from large trucks can be seen all over. Whether it’s eroded shoulders, splintering concrete, or potholes the size of swimming pools, the devastation of big rigs carrying too heavy of loads is all around.

Unfortunately, in order to limit the wrecking power of these trucks, state officials will have to empower the city of Katy to cite commercial vehicles. Currently, however, that power belongs to the Texas Department of Public Safety. Hopefully, it will change soon in a few cities where this problem is most apparent.

Legislators in Austin have filed eight bills that center on the concept of commercial vehicle inspections. Each one allows specific police or sheriff’s departments the authority to enforce trucking laws. Cities along the Mexican border as well as areas in the teeming Permian basin have filed requests.

Lawmakers want to approve all the requests made by cities seeking a reprieve from the scourge of these trucks. Still, the government officials have reservations. By allowing cities the ability to police trucks, it’s possible these towns could, in turn, make these areas speed traps for trucks. Consequently, they are looking at the requests on a case by case basis. This means only specific cities would be approve to equip commercial vehicle officers.

Each of the bills would grant only specific cities — such as Katy — approval to equip and train commercial vehicle officers.

Overloaded trucks destroying roads is partly caused by state troopers being sent to the border and not policing the rest of the state. Consequently, these trucks go unsupervised and are wreaking havoc. Truck involved wrecks are up from 14 in 2010 to 69 in 2017, according to the Texas Department of Transportation data.

The compromise for this new city enforcement is to empower some local police to enforce trucking rules on city streets but still leave the highways to state troopers. Most agree this tactic won’t discourage truckers from doing business in cities like Katy.

Trucking Rally Imminent? Some Experts Think So, From COVID-19

Walmart About the New Technology in Texas Stores