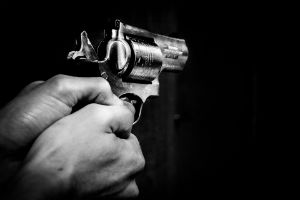 An altercation at a local bar escalated Sunday night as gunfire rang out, killing 2 men and injuring an addition 5. The shooting took place during a concert event taking place at the club.

Reporters for the San Antonio Express-News observed a since-deleted Facebook event advertising a showcase entitled “Living the DREAM.” The event took place at the Ventura, a venue in the Museum Reach section of the San Antonio River Walk. Among the performers was Kiernan Christopher Williams.

Instead of contributing to the night’s festivities, the 19-year-old was taken into police custody for a double homicide.

Williams defends himself by stating another man in the bar threatened to kill him. Therefore, he argues the shooting was self-defense.

However, authorities believe the shooting escalated a verbal argument into violence. Police Chief William McManus, addressing the motive, said, “It’s nothing more complicated than an argument that occurred inside the club with someone pulling out a firearm.”

Williams expressed regret for his action, despite his claims of self-defense. “I regret everything that I did, no lie,” he told reporters.

Police believe at least one out of the 7 victims knew Williams in some capacity.

Williams’s history includes a 2017 charge of assaulting a public servant. In that case, the judge found him guilty. Later, multiple incidents of probation violation landed him in jail.

His social media describes himself as an upcoming artist. Now, Williams faces capital murder charges for his actions.

Robles attended the event with his wife to support one of the performers, a childhood friend of his.

The other 5 injured victims include 4 male teens between the ages of 16 and 19, as well as a 46-year-old woman. Police expect all five to survive their injuries, though the nature of their injuries remains unclear.