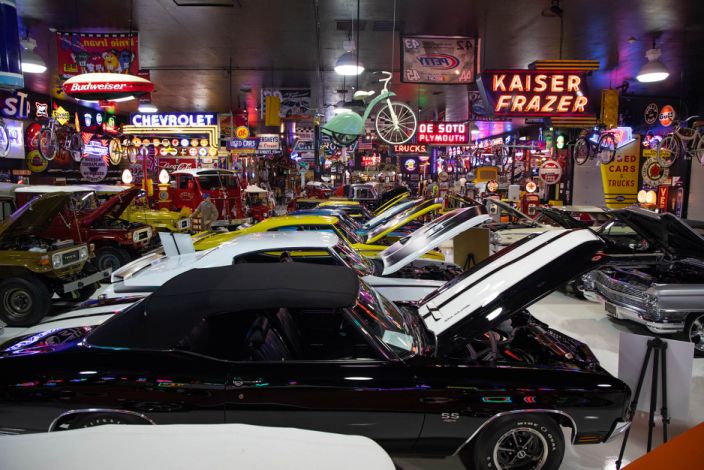 Muscle cars are a thing of wonder. In the late 60’s they reigned supreme over all other sports cars. Their wide front end and huge engine made them lean, and mean. Dropping in a V8, meant that, for the time, these cars were the fastest thing on the roads.

Well thanks to Eddie Vannoy, construction and real-estate tycoon, we now have a glimpse at a wide array of muscle cars. See, he’s been keeping a stockpile over the years – 50- years to be exact. While Vannoy was busy building an empire, he had a side project of his own. Over 50-years, the man has been able to collect over 80 high-end sports cars. Of which a considerable portion is muscle cars.

The plan is to have these cars auctioned off. The entire collection, featuring rare and sought after-vehicles was planned to be auctioned off in June, but due to the pandemic, things have been pushed back to a to-be-determined date.

Vannoy’s collection is a marvel through the decades of advancing horsepower. While he has plenty of classics, his newer models are almost brand-spankin’ new.

This Challenger has 760 Horsepower.

Even some of the newer vehicles look days-old. While he may not be driving them, he may be sitting them in awe.

Take, for instance, this purple Dodge Challenger Demon. It still has the protective plastic in the interior.

The vehicles will be put up for auction at a to-be-determined date. For now, potential buyers can look through his selection and prepare themselves for the purchase. We cant wait to look forward to seeing what else he has tucked away!

Sign-Ups for Google Fiber Begins in These San Antonio Neighborhoods

Self Driving Cars: Will They Affect Insurance?