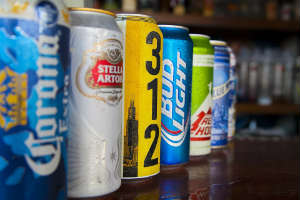 SAN ANTONIO, TX – A man stole a Budweiser beer truck filled with numerous cases of beer. But police found the truck, hours later, abandoned in San Antonio’s Southwest side. The police have not officially stated whether or not the man took any beer.

Without the driver’s consent, the man hopped on the truck while it was making a stop. This suspect drove off in the vehicle. This vehicle was a 2017 white “Budweiser Beer” truck. Before heft, the driver parked at the Alamo St. and South Presa St. intersection. The incident happened on Thursday, January 24 around 1:30 PM. It wasn’t until later in the day that the San Antonio Police Department found the truck on Interstate 35. Interestingly, the man stole the truck, solely to abandon it within the same day. No statement has been made about the contents of the truck.

Although this incident happened about two months ago, police just released the pictures of the thief. These two blurry pictures were taken with the camera within the truck. Since the police or investigators could not find the man themselves, they released the photos into the public. Their hopes are to find this man and charge him with theft.

Officials state that they have not yet identified the man who stole the truck. The reward for any information that would lead to this man’s arrest could entail a $5,000 reward.

If you do have any information, you can contact Crime Stoppers at (210) 224-STOP or the San Antonio Police Department. There is also an anonymous texting option. Tips that might lead to the suspect’s arrest can also be sent to CRIMES (274637).