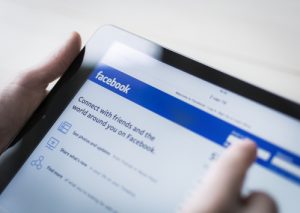 SAN ANTONIO, Texas — Facebook helped track down a man wanted for the 2016 charge of sexual assault of a child.

Bryan Belangeri, 38, was arrested by San Antonio Police. He was found living under an assumed identity in Colorado.

According to the arrest warrant, the 10-year-old victim told her father that Belangeri, who was living with her mother at the time, woke her up and asked if she could keep a secret. Thinking it was a surprise, the victim said yes. Police said that Belangeri put his hand in the victim’s shorts and fondled her. Several other instances followed before the victim told her father, who in turn, informed her mother about the claims.

After the victim’s mother confronted him over the phone, Belangeri appeared to fled San Antonio.

The mother then posted about the incident on Facebook and asking for help in finding Belangeri.

She got a break in May when a man in Colorado Springs, Co. reached out to her after seeing her post. He said Belangeri was dating his ex-wife, and he wanted to make sure his two daughters were safe around their mother’s new boyfriend.

Charges are filed against him for felony sexual assault of a child.