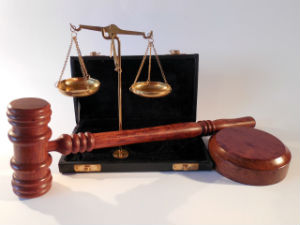 SAN ANTONIO, Texas – A jury convicted a clinic owner of fraud and aggravated identity theft. Additionally, the jury made the conclusion on Friday.

First, the trial spanned over a two week period. Moreover, jurors deliberated for about one hour. Then, the jury unanimously convicted the clinic owner of over ten counts.

Specifically, they charged the owner with six counts of healthcare fraud and five counts of wire fraud.

The owner of the clinic is 51-year-old Rafael Enrique Rodriguez. Officials state that he employed unlicensed physical therapy technicians at his clinic. Moreover, he claimed the technicians were licensed healthcare professionals. Therefore, the jury found him guilty of fraud.

Additionally, the U.S. Department of Labor provides a federal workers compensation program. However, they only provide this compensation to clinics with licensed physicians onsite. Therefore, Rodriguez committed the fraud so he could access these benefits.

Assistant U.S. Attorney Greg Surovic claimed, “Between 2012 and 2016, Rodriguez billed for more than $7 million in fraudulent claims, and the Department of Labor paid out more than $6 million of that.”

Currently, Rodriguez may be spending at least two years in prison. This is due to the aggravated identity fraud charge. However, the other charges each carry 20 years in prison.

Rodriguez’s lawyer, Mike McCrum, said after the trail, “I’m just in shock. I cannot understand this. I don’t know what’s happened to our world, and it scares me.”